skip to main | skip to sidebar

I have finally finished this quilt I started in Cove in February. I left it most of the summer because I was busy with the garden. 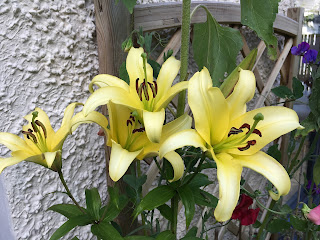 I grew more lilies in pots than ever before and they really added a zing. 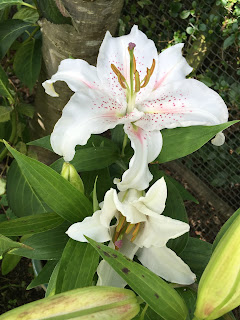 Also this hydrangea had never flowered properly even though I had planted it 16 years ago, so I was delighted with it.  I had to cover it up against the frost in the spring but it was ok. 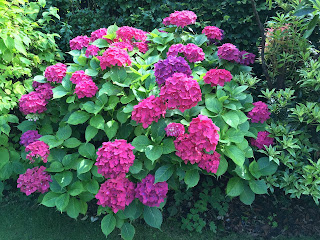 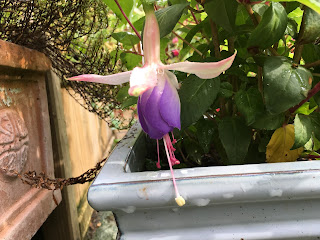 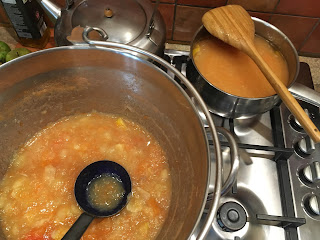 I made 4 fruit marmalade and windfall apple marmalade 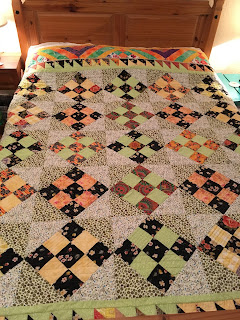 But here is what you have been waiting for the photos of the Cove quilt.  I used a simple 9 patch theme and decided to quilt it in the Welsh style with coloured threads which I selected in greens, blues, pinks and yellow.  The yellow thread was thick and it was for lining out and giving some detail to the flowery centre. I also found that my new walking foot was excellent for making small Welsh style squares and lines because it had a seem gauge I could adjust.  Now the only thing I am not sure about is where to place a label? It would look odd on the back but also may not suit the front..... 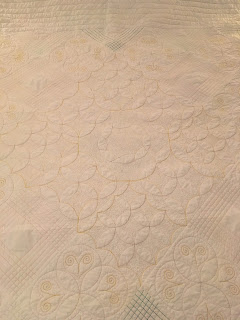